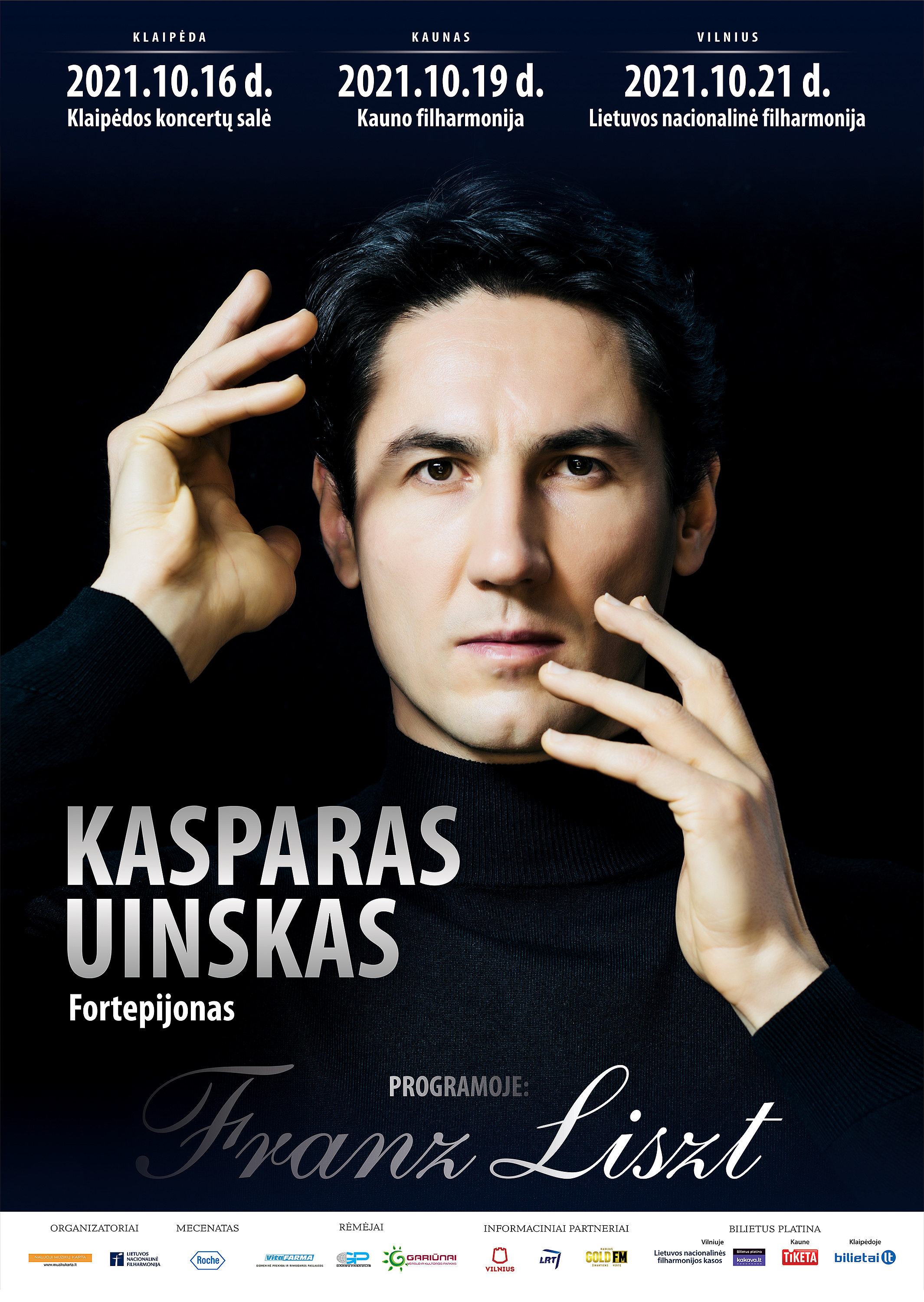 Pianist will present only Franz Liszt program. It will be a debut program for Lithuanian audiences. “I have a very broad repertoire and perform music of different composers and epochs, but I didn’t have a chance previously to work more with music of Franz Liszt. I chose only Liszt program on purpose, so listeners would have an opportunity to get more closer to the inner world of this genius composer.” – Uinskas says.

Tickets for Vilnius concert: At the box office of Lithuanian national philharmonic hall and at Kakakava.lt

“…his interpretations overcome all limits…” Berlin Philharmonie (Klassik in Berlin)